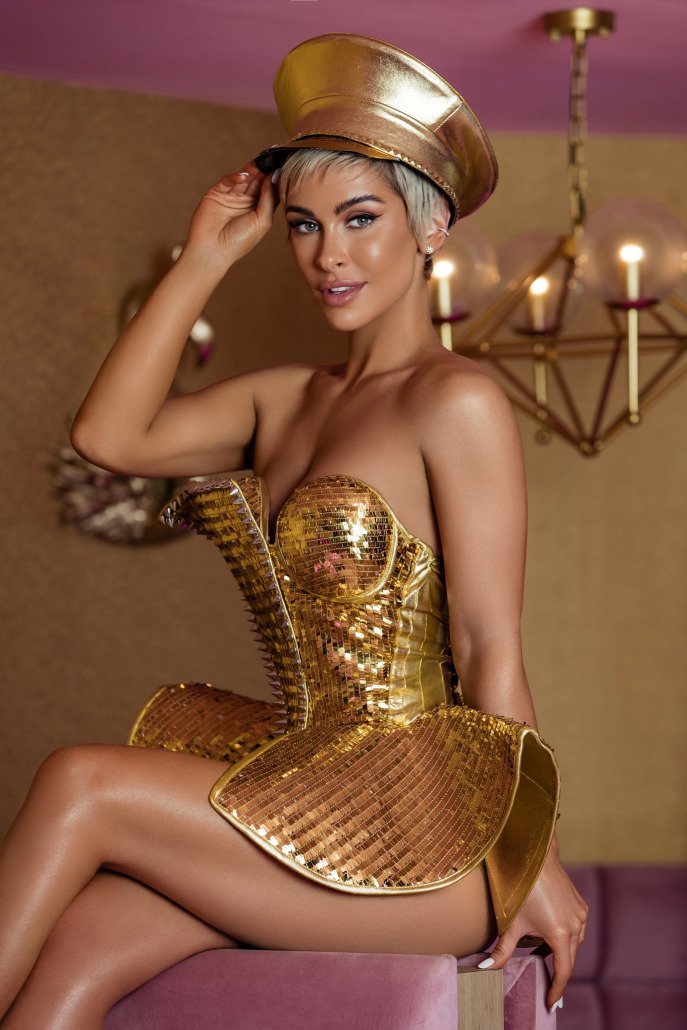 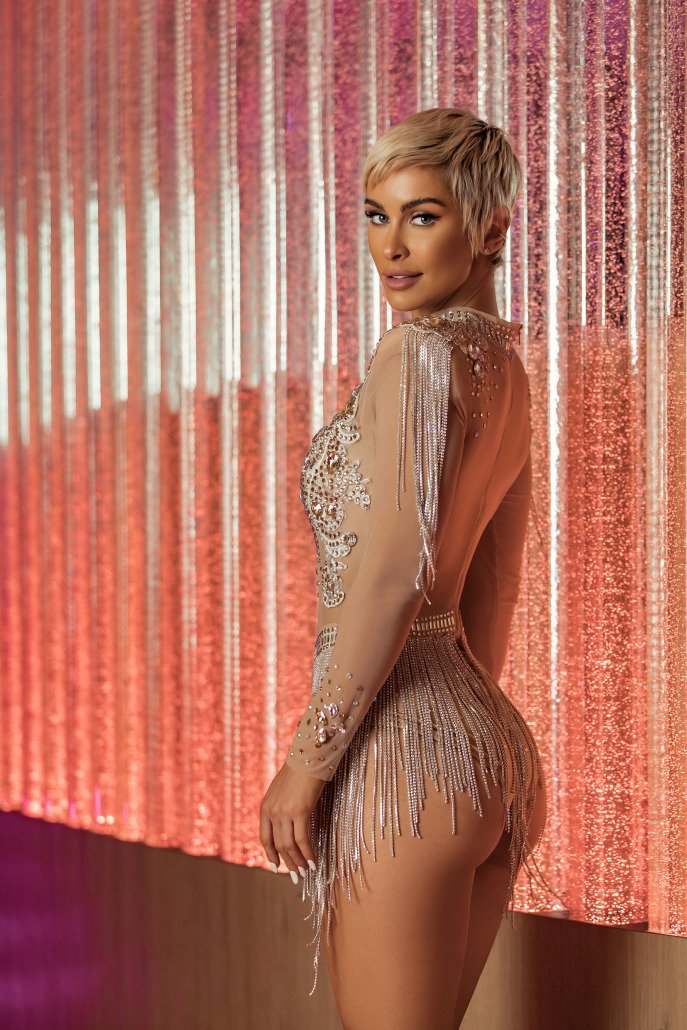 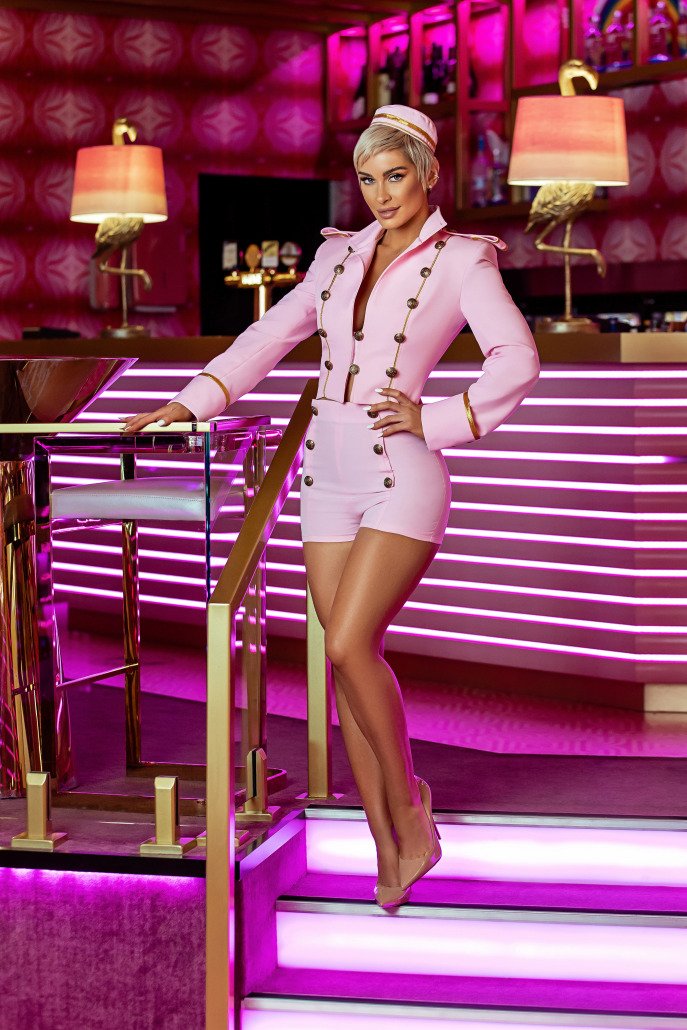 Since opening their pretty pink doors on the Gold Coast in August 2019, The Pink Flamingo has been firmly established as the Gold Coast’s, if not Australia’s premier entertainment destination, now boasting three weekly world-class cabaret shows, SUAVÉ, LA TEAZE and FLAMBOYANCE. With such an eclectic repertoire of fabulous productions, the team has been canvassing for an ideal ambassador to represent the art deco-inspired entertainment destination. Today, International actress, model and entrepreneur, Ellie Gonsalves has been announced as the first ambassador for The Pink Flamingo Spiegelclub.

“I am so excited to be announced as the first ambassador of The Pink Flamingo Spiegelclub. As soon as l experienced SUAVÉ and LA TEAZE shows, l become obsessed with the stunning performances and I am so excited and honoured to be a part of this establishment. I have seen shows all over the world, but these shows are the best l have everseen!” said Ellie Gonsalves.

Ellie has firmly established her career on an international scale. Born in Brisbane, Australia, Ellies career in the modeling world began at the young age of 13, finished her education and studied at NIDA. Since then, Ellie has worked with some of the biggest labels in the world such as L’Oréal, GUESS, beautyblender and Khloe Kardashian’s clothing brand Good American – in which Ellie was flown to LA to shoot alongside the reality star, joining the famous #GOODSQUAD.

“Apart from being surrounded by a bevy of absolute beauties, I am also beyond proud to be aligned with a placethat is inclusive and is about celebrating people. It doesn’t matter whether you’re straight, gay, bi, trans, queer,black, white, a bus driver or a CEO, whatever you identify as and whoever you are, this establishment is not onlyaccepting of everyone but celebrates us all!” explained Ms. Gonsalves.

Co-owners Tony Rigas and Sue Porrett are delighted to have Ellie join the team.

“Ellis is such a talented, gorgeous and mesmerising personality. As soon as we met, we knew Ellie was perfect to be the first official ambassador of The Pink Flamingo Spiegelclub. If it were up to me l would have cast her in oneof our shows, but her demanding schedule doesn’t allow that. We are so happy to welcome Ellie to our flamingo family.” said co-owner and producer Sue Porrett.

Ellie has been on the cover of Treats! and MAXIM Magazine, stared in a 2017 Super Bowl commercial and open the SWIM show at Mercedes Benz Fashion Week for Fella Swim and has been a prominent face at some of Australia’s most renowned events. In 2010 Ellie was named a global ambassador of the Australia Zoo Wildlife Warriors charity which was founded by Australian icons Steve and Terri Irwin.

In January 2017 Ellie was handpicked by Dwayne (The Rock) Johnson to play WWE Diva ‘Madison’ in thecomedy/drama Hollywood Blockbuster ‘Fighting with My Family’. The film is produced by Seven Bucks Productions, written and directed by Stephen Merchant and stars Dwayne Johnson, Lena Headey, Vince Vaughn, Florence Pugh and Nick Frost, it premiered at the Sundance Film Festival and was released in cinemas worldwide February 2019.

Ellies social media following of 5 million+ people across her channels watch on as she walks into many exciting projects, she combined her passion for health and fitness and launched her Body by Ellie Program to her online community, a guide to how she transformed her body and life which has reached thousands of women around the world. Ellie is currently the Australian Ambassador for L’Oréal Pro Smartbond Campaign for the third year in a row and has now joined the Pink Flamingo family as their first official ambassador.

It wasn’t just the shows that attracted the Ellie to join as ambassador.

“Pink Flamingo is a world class venue! From the moment you get to the front doors you’re greeted with a unique, amazing experience and service that is with you through the entire night. The service, cocktails, beautifulaesthetically pleasing venue and talented cast makes for an experience you’ll be wanting every weekend, it’s the only place I want to be!” said Ellie