AMERICA to bring ‘A Horse with No Name’ to The Star

Celebrating their 50th anniversary, AMERICA are returning to Australia and New Zealand this summer to perform a 10-date tour.

There are few bands who can boast a loyal legion of first, second and third generation fans – but iconic classic-rock favourite, AMERICA, who have amassed six certified gold and/or platinum albums, continue to wow audiences across the globe with their uplifting music and positive message.

It was in the late 1960’s that founding members, Gerry Beckley and Dewey Bunnell (along with former band mate Dan Peek) first met as high schoolers in London. It wasn’t long before their music went all the way to the top of the charts with their signature song “A Horse With No Name.” AMERICA quickly became an international household name as they released hit after hit following the success of their first #1 single.

Best known for their smash hits of the ‘70s and ‘80s such as ‘Ventura Highway’, ‘I Need You’, ‘Don’t Cross the River’, ‘Tin Man’, ‘Sister Golden Hair’, and ‘You Can Do Magic”, AMERICA’s enduring appeal is evident as they continue to make music together and tour the world. 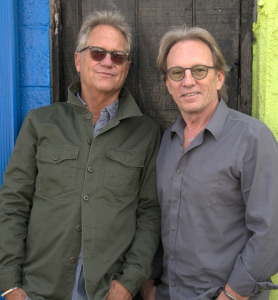 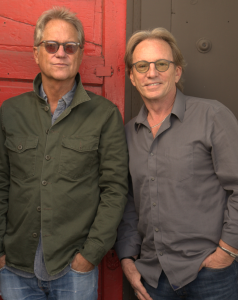 The Grammy Award winners’ were considered cornerstones of the 1970’s Top 40 and FM rock radio and have gained over 1.4 monthly listeners on Spotify, with eight songs receiving over two million streams.