Film lovers are being invited to secure a comfy seat on their couch for a bumper online event that brings together Queensland’s best-known film festivals for a weekend of compelling viewing from Friday, July 3 to Monday, July 6. 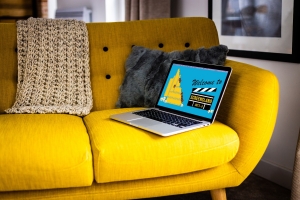 Viewers will be treated to a collection of 11 short films and web series aired during Screensland, each from Queensland creators and handpicked from the State’s best film festivals from the outback to the beach.

Queenslanders and beyond are encouraged to gather friends and tune in for the live watch party premiere on Friday 3 July, 7.30pm to watch festival favourites alongside an online community of thousands of other viewers.

Screensland is an initiative of the Gold Coast Film Festival and aims to celebrate quality Queensland-made film content.

Gold Coast Film Festival Director Lucy Fisher said that online film event was a fantastic opportunity to showcase talent from the State and give viewers a free at-home film experience.

“While this time of year has been quiet for many festivals and filmmakers, we saw an opportunity to collaborate with Queensland’s incredible festival organisers to ensure filmmakers work continues to be screened, promoted and celebrated to a wide audience,” she said.

Working with 10 festivals to screen 11 films across a weekend, Screensland gives an opportunity to celebrate Queensland creators and the driving force behind screen culture – film festivals.

Screensland will feature short films including fan favourite SEA ROGUE, a powerful documentary about a deckhand’s brave attempt to save the lives of two mates aboard a prawn trawler, TWO WEEKS, a LGBTQ drama set in Brisbane exploring the struggles of several 20-somethings and MILK, the story of a young boy escaping his controlling mother into a world of video game fantasy.

Discover more and tune in HERE

Here There Be Monsters – Drew Macdonald

Birds of A Feather – Bianca Nall

Update 23/6/20:  Here There Be Monsters is now playing instead of Roughnut.

Squirrel Scribble Vol.3 – Get your motor running!
Scroll to top